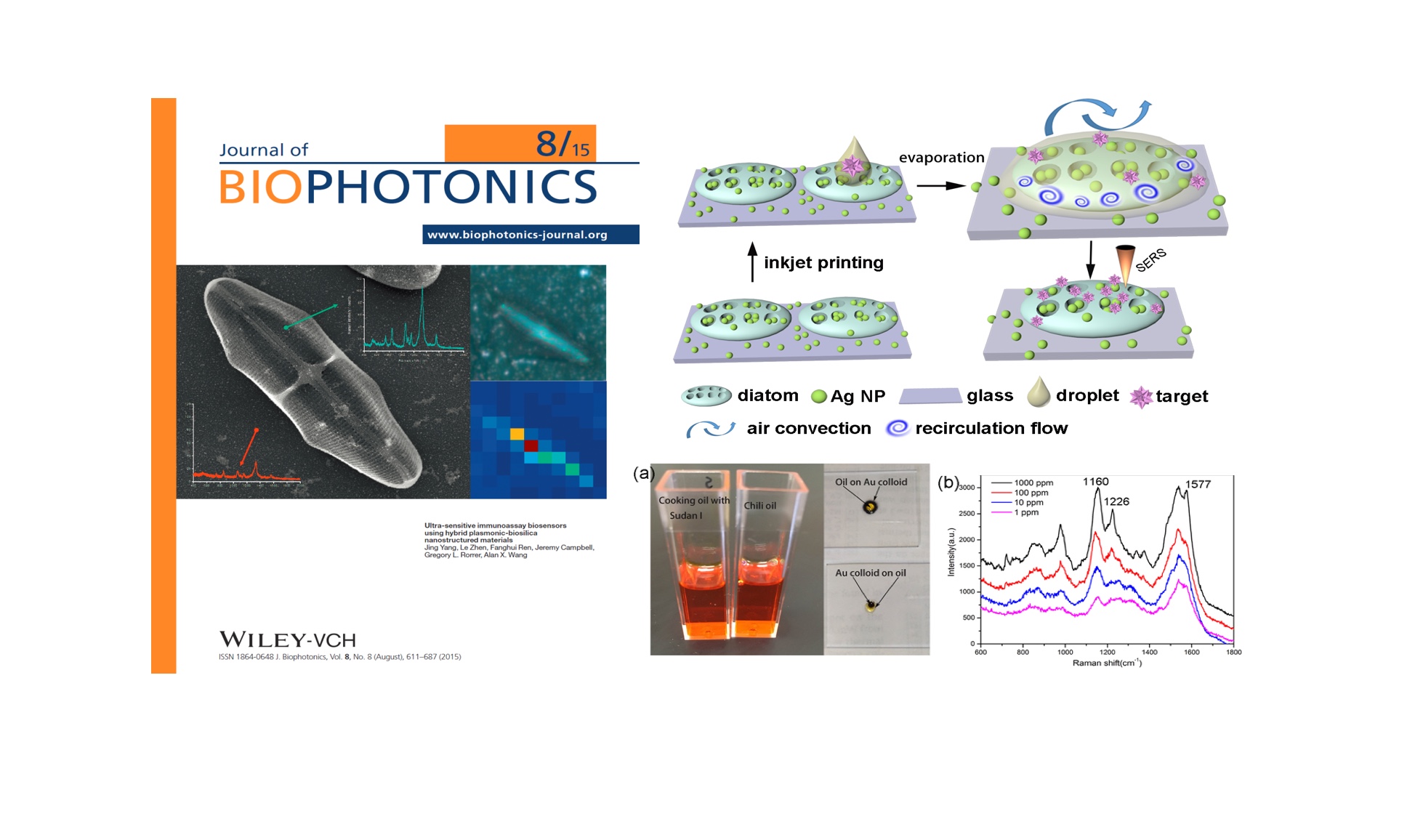 Oregon State researchers advance technology in optical biosensors by integrating algae with nanoparticles to produce a sensor capable of detecting miniscule amounts of biomarkers, explosives, food toxins, and even drugs 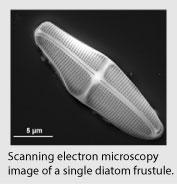 Alan Wang had never seen a diatom before. But when Jeremy Campbell, a graduate student in chemical engineering, showed him a photo of the single-celled photosynthetic alga, Wang agreed it had potential for his research in optical biosensors.

“Almost instinctively, I knew it would work,” said Wang, an assistant professor of electrical and computer engineering. Thus, a multidisciplinary research project to advance technology in biosensors was launched.

Optical biosensors are important in health care, with applications such as detecting levels of blood glucose or the presence of antibodies. But they are also used for chemical detection in environmental protection situations. It is a $10-20 billion a year market, Wang said.

The trouble with currently available biosensors is that they are either not very sensitive or require high-cost fabrication to make a precisely structured device. Creating the artificial photonic crystals required for the more sensitive sensors is a process that Wang is very familiar with.

“I've been working on this kind of sensor for a long time, and it's painful to fabricate these structures, so using diatoms makes life much easier. And from a commercial point of view it's much lower cost — 50 cents compared to $50,” Wang said.

Creating a low-cost green biosensor has been the focus of his research in collaboration with Greg Rorrer, professor of bioengineering, and sponsored by Oregon Nanoscience and Microtechnologies Institute and Marine Polymer Technologies. Wang said that although diatoms are being studied by other groups for applications such as batteries, no one else is researching their use for optical biosensors. Low-cost is an important factor for a consumable product that is thrown away after one use.

There are many different species of diatoms, so Wang and Rorrer selected an elliptical shaped one that has a structure sensitive to the wavelength Wang is working with in his research. Rorrer’s students grow the diatoms with a little sunlight and minerals, and Wang’s students perform the assembly and testing of the device. Through a “self assembly” process, the diatom is integrated with gold or silver nanoparticles to produce a sensor capable of detecting miniscule amounts of protein or other biomarkers. 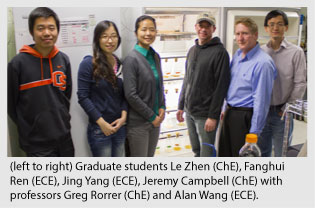 There are different techniques for measuring optical signals, and Wang’s research uses surface-enhanced Raman scattering. When a sample is dropped onto the sensors, the chemical or biological molecules attach to the surface of the diatoms. The researchers focus a laser of a single color (a monochromatic signal) onto the sensor and observe the reflected light. Chemical and biological molecules each have a unique scatter pattern of different colors, which allows the researchers to identify the molecules in the sample.

In future research Wang expects to improve the performance of the sensor and work with collaborators on medical applications. Currently he is seeking more funding to continue the research.

“Combining naturally created structures with chemically synthesized nanoparticles has the potential to revolutionize the fabrication of photonic devices,” Wang said.