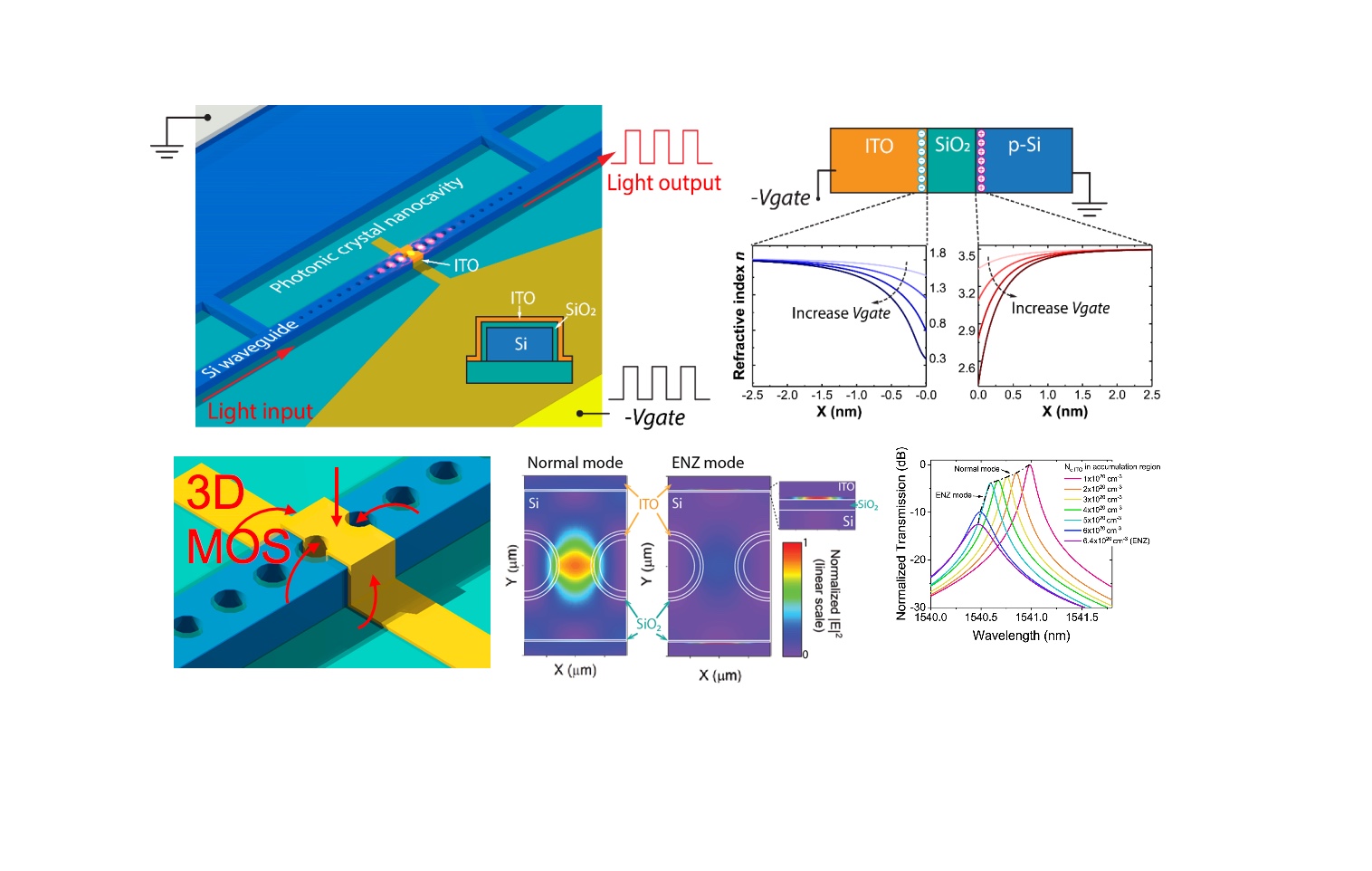 Think small. A human hair, perhaps, which is about 100 microns in diameter. Think smaller, maybe a bacterium which is about 2.5 microns long. Think even smaller, less than one micron, and you will be imagining the size of the devices that Alan Wang is developing.

Wang, an assistant professor of electrical and computer engineering at Oregon State University, is part of a team of six researchers from across the nation that received a five-year grant from the Air Force Office of Scientific Research to advance technologies to reduce energy consumption of optoelectronic devices. Wang is contributing his expertise in nanophotonics to the research team that includes faculty members from University of Texas at Austin, University of Virginia, University of Central Florida, and University of Delaware.

“By 2020, which is just a few years away, we project we will need 2,000 billion kilowatt-hours of electricity to power up all the network data centers in the U.S. That's a huge amount of energy,” Wang said. “The most effective way to reduce the energy use is to reduce the power consumption of all the devices we use."

The targets of the research are transistors used in computing, and lasers and modulators used in interconnects — the communication among the computing units. The basic idea is simple — smaller devices will use less energy. The trouble is that current technologies will not allow for making the optoelectronic devices any smaller. So the team is developing new technologies to shrink the devices with the goal of improving energy efficiency 1,000 times over current technology (from femtojoule/bit to attojoule/bit). 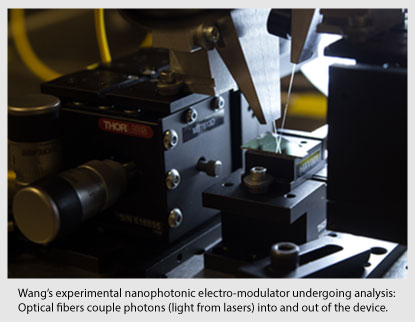 “There is no way you can achieve the required energy efficiency with current technology, you have to think of something totally different,” Wang said.

The technology many other teams are developing makes use of quantum communication, an experimental approach which is more energy efficient, but has some drawbacks.

“Quantum communication devices are too slow and consume too much cooling power. So, the goal of our research is to bridge the gap between the quantum regime and classical physics,” Wang said.

Wang’s part of the project is to develop a low-energy modulator to convert electronic signals into optical signals to be transmitted on fiber optic lines. To do this he has designed a device with his graduate students, Qian Gao and Erwen Li, called a photonic crystal. It works in combination with a plasmonic structure allowing him to significantly decrease the size of the modulator. Other members of the team are working on lasers, photodetectors, routers, and system integration.

“It is essential to secure long-term funding to work on a very challenging project such as this one,” said Wang regarding the Department of Defense Multidisciplinary University Research Initiative (MURI) award that is supporting the research. “So, getting significant support is definitely a fundamental requirement to conduct high impact research.”

The project began in December 2016, so it is still in its infancy, and Wang said that you never know how research will turn out. But he remains optimistic and looks forward to the next five years of dedicated time to push the boundaries of high energy efficiency modulators.

“I believe it's going to bring a very deep impact for both academia and industry if it is successful because we cover many different fundamental building blocks for the optoelectronic industry. So, even if you improve the energy efficiency by 10 times it still will be very beneficial to the whole industry,” Wang said.